» Health » Dancing in the Rain: No Silver Lining 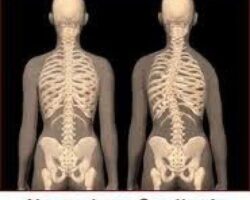 Whenever Nurse Abigail left the children’s ward at the end of a shift; she often told herself that none of the patients or their families existed outside of the building. It would be as though she’d walked out of a cinema, and she’d left behind all their tragic stories; but there was one patient who refused to cooperate.

Onyeka was nine-years-old, the same age as her youngest son at the time, which made it that much harder. He had been brought to the National Orthopedic Hospital, Igbobi a week ago after a sudden fall on a concrete floor while dancing in the rain. Nurse Abigail first nursed Onyeka after he’d been in the hospital a few weeks. Dr Willams Abade and his team had tried every type of non-surgical treatment including pain pills, shots, and physical therapy – all with little or no improvement. It seems that day after day, it just gets worse.

According to his MRI results, the doctors learned that his disc had torn between the L5/S1 regions of his spine and was no longer hydrated; not as a result of the fall but a birth abnormality. The fall only evoked the reality that Onyeka had a spinal deviation called congenital scoliosis. On the MRI image, his disc appeared as a black shadow; spine surgery was his best bet. His parent mulled over their two options: either to let Onyeka live with an excruciating back pain; whilst confined to a wheelchair forever or take a chance to restore his life through surgery. The first options seemed more likely because his parents had exhausted their possibilities to pay for his medical bills. They had already sold a few prized valuables and were now subjected to asking relatives and friends for assistance.

Onyeka often needed to be catheterised; to drain his urine because he couldn’t do it himself and also needed help to clear his bowels. However he kept a positive attitude; holding on to his fond memory of being able to run around like a healthy child. He would zip around the ward in his wheelchair, visiting other children and sharing hope, always keen to meet the new ones. Every weekend his family would come in to visit him. His sister; Ada would rush up to him and shower him with hugs and kisses and tell him how much she had missed him. It was wonderful, but more than ever he wanted to be back on his feet. “I would walk out of this hospital unaided,” he said to Nurse Abigail each time she attended to him. His faith gave rise to the optimism that filled her heart each time she saw Onyeka.

One afternoon shift Nurse Abigail came for her regular checkups and monitoring of the pain that radiated from Onyeka’s back. She gave him a second dose of acetaminophen meds and two spinal injections, then he told her he wanted to speak to his mum who had gone into the doctor’s office. She went on to get his mum. The door was ajar and his mother was seated next to her husband while the doctor addressed them. She listened from a distance.

“Onyeka needs surgery urgently; he has a spinal disorder that could lead to a tumor that would trap his spinal cord, causing it to stretch as he grows; this could make him lose his mobility totally if not dealt with.” Dr Williams explained.

“The good news is that we can carry out an anterior/posterior fusion,” he continued, now pointing at a spinal anatomy chart.  We would make an incision in the front (anterior) of his body and enter the spine through his stomach. Through this incision we should remove the disc and attach cadaver bone to the front of his spine. Cadaver bone is used to help the spine fuse. Next, we would make another incision through his back (posterior), attach a piece of his hip bone to the back of his spine, and stabilize (support) everything using titanium screws.”

Listening to the explanation of the procedure left Onyeka’s parents afraid but also excited at the possibility of their child living life again. They asked for the price of the surgery and were told that the surgery costs 1.3 million naira, they were bewildered. There were tears in the room. Onyeka’s parents had known surgery was on the horizon for their son, but it’s never an easy conversation or decision. They obviously couldn’t afford the surgery.  Without surgery, Onyeka’s condition would continue to deteriorate. Onyeka’s dad explained to the doctor that they hadn’t the means to raise the money. He agreed to the sad options of Onyeka remaining in a wheelchair until a miracle.

They were expecting some money from the traders’ monthly Ajo- contributory saving scheme they were involved in. The money was to be used to clear-up the accumulated hospital bills and perhaps get Onyeka a wheelchair. The thought of that made Onyeka’s father stutter for a moment; every part of him went on pause while his thoughts caught up. “My only son!” he muttered. After a wash of cold they both got up from their seats, feeling new warmth to the day. He placed one hand on his wife’s shoulder, “It’ll be okay, it will,” he reassured his distraught wife.

When Nurse Abigail stepped outside at the end of the shift, she tried to pretend Onyeka was just a character in a film, and that his story had no life outside of that building, it didn’t work. When she looked at her youngest son, running around like a healthy nine-year-old, Onyeka came to mind. The thought that Onyeka would be wheelchair bound for the rest of his life brought about a wave of sadness that pervaded her being leaving unbearable hollows. She was sure that Onyeka had a chance at walking again if he had the surgery. “Onyeka’s parents shouldn’t have had to make the decision to stop his treatment based on financial costs if good medical care was affordable,” she cried. “Such an adorable little boy with so much ahead of him shouldn’t the bound by a treatable medical condition,” Abigail was deeply saddened. When the thought of Onyeka came, her appetite was ash on the floor. The food would get stuck, four bites and she was done. It wasn’t until she developed stomach ulcers and almost had a breakdown, that a friend asked why she was putting herself through the emotional pain. “Just quit,” her friend advised, and so Nurse Abigail did. But then she missed caring for patients. She didn’t hate the job; she just found it hard to take in.

The next month she ended up back in a pediatric ward at a different hospital. Nurse Abigail thought she could do it again, but as she heard repeated horrid cases during handover, she buckled. She couldn’t cope with the challenging experience of sharing in the emotions of traumatized children and their families. She tries not to cross professional boundaries yet it seemed almost impossible, she walked out of that hospital and never went back. Now she owns a retail supermarket in the city of Lagos away from the complexities of everyday medical practice.   Her son is 21 now. He’s driving, has a girlfriend, plays professional football in Spain, and hangs out with his mates. She often thinks of Onyeka and wonder how he is at 21.