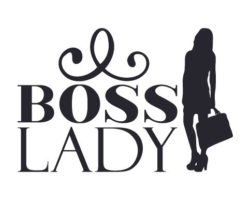 Shortly after Kikilomo Adams arrived home that evening her fingers absentmindedly undoing the third button of her tight silk blouse to reveal the smallest hint of a delicate black-lace bra. She drew a lavender-scented bubble bath in her antique, claw-foot porcelain tub pulling a bobby pin from her hair and releasing a cascade of shimmering auburn hair down the nape of her neck. Once she deemed the temperature of the bathwater to be just right, she allowed my terry-cloth robe to slip slowly off her shoulders and gather seductively around her feet, leaving her firm, nearly flawless body completely exposed.

At this point, she took a moment to look into the mirror and think about how there are times in her busy life when she just wants a man—any man, really—to satisfy her every sexual desire, because, while she may be a no-nonsense career woman who should be taken seriously, She is, after all, still a woman.

Considering the long day spent competing with men on her own tough and uncompromising terms, she deserves some time to pamper herself and express her femininity. Because she is such an unrelenting perfectionist when it comes to her profession, Kiki’s other, softer qualities—such as her gourmet culinary training and her years spent as a semi-professional ballet dancer—are often overshadowed.

Thoughts of work seem to float away as Kiki tenderly kneads her skin with scented lotion.

When she was lying in the tub, the bubbles just barely covering her perfect pink nipples, She felt all the pressures of her high-paying, fast-paced job just melt away, Maybe it’s Olubankole Wellington’s “I was made for you” playing on the stereo, or the gentle night-time breeze blowing through the curtains of her 11th-floor service apartment in Ikoyi, but as she washed every contour of her impossibly lithe frame, She really began to feel like herself again.”

And when she slowly submerged her head beneath the water, letting the telephone ring unanswered, that’s when she truly transforms into a gorgeous, sensual woman with a strong libidinal appetite instead of just some incredibly successful female professional.

In addition to celebrating her femininity, she used her time spent bathing to reflect on her decision to delay starting a family, a lifelong dream she has had to put on hold in order to focus on a career that can be ruthless and even cutthroat.

It is also Kiki’s intention to close her eyes, smile in a rather suggestive manner, and let out a small, feminine sigh of satisfaction while in her bathtub tonight.

Kikilomo Adams; the sexy, take-no-prisoners career woman spent one hour in the bathroom mesmerizing herself. After completing her ablutions and air-drying in the nude, she carefully applies a rich, apricot-based lotion to her supple frame, despite the fact that her unblemished skin is already taut and butter-smooth.

“Every once in a while, I need some time for myself to recharge, It’s important to me that I reconnect with my womanhood so I can wake up the next day, put on my short, formfitting pantsuit and black 6-inch patent-leather stiletto pumps, and confidently re-enter the no-holds-barred, male-dominated field in which I excel.” Kiki soliloquized

One thought on “Boss Lady”